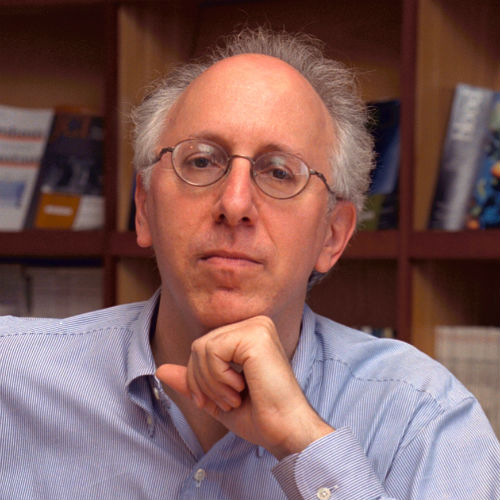 Yaakov Stern is Professor of Neuropsychology at Columbia University College of Physicians and Surgeons. He is also a director in cognitive science and memory disorders at the New York State Psychiatric Institute.

How did you turn to brain science as a career?

When I was a kid I always thought I’d be some sort of scientist, but I didn’t know what.  In college I was interested in psychology because I liked the idea that you could do research and work with people. When I was applying to graduate programmes I discovered neuropsychology. I thought well here’s a science where you can look at how the brain works and translate that into benefits for people. In those days we mainly worked on people who had parts of their brain that were damaged or broken. I became excited by this work and started doing work which brought me to study ageing and dementia.

What excites you in brain research at the moment?

I am excited by the work I’m doing to understand the brain but also to translate that into complex studies where we must figure out what brain changes occur with regular ageing. The fact that the brain changes as a result of behaviour and that you can look at lifelong changes in cognition using brain imaging is also exciting to study.

Is our modern lifestyle bad for our brain?

The modern lifestyle is funny. I have a cell phone so I don’t memorise phone numbers and maybe we are relying on technology too much and not exercising the brain. And some people sit in front of a screen rather than do things.  But in certain ways our lives today are much more cognitively stimulating and more people are health-aware in terms of getting exercise and eating more healthy diets, so it’s a mix. And medicine just keeps advancing and getting better at treating stroke, diabetes and vascular disease, which all directly affect the brain.

Has working in this area led you to make changes to your own lifestyle?

I’m involved in a lot of research studies so I feel like I’m getting a lot of cognitive stimulation. I think though it has influenced me in a few ways. I try to lead a more rounded life, try to develop other interests, especially since one day I will stop doing research and retire and I will want to continue doing things that are cognitively stimulating.  I try to eat a more healthy diet and, thirdly, I exercise. Over the last few years it has become clear what an important contributor to reserve exercise is. I was never an exerciser.  And changing behaviour is really hard.  But I’ve started exercising more, by walking and by walking up to work. My office is on the 18th floor of a building in Manhattan.

Do family and friends ask for advice?

People ask about ageing, especially as one gets older and family and friends around you get older. At this point everyone is concerned about age-related changes, but especially if they had a relative with dementia or are concerned about dementia. It’s a frustrating field in some ways; Alzheimer’s is a devastating disease and there is no effective treatment for it. When people ask me what they can do, I tell them about exercising, mental stimulation, keeping socially active.  And steps like eating a healthy Mediterranean diet, even if it won’t guarantee you have no cognitive problems as you age, at least won’t do you any harm. It is not like taking a drug where there are possible side effects.

What are you looking at in your research these days?

I’m busy trying to understand how some people age more successfully than others and that means I investigate how they process tasks in their brain and how does their brain work.  I’m also studying things we know are good for healthy ageing like exercise to see how much you really need to do, or video games to see what kind might be effective and how they work.  It is about trying to break down these really large areas and get more specific information about how they work so we can say with real confidence that X, Y and Z is good for you.  So I want to determine the scientifically proven recipe for better brain health.

Message: file_get_contents(): Read of 8192 bytes failed with errno=21 Is a directory